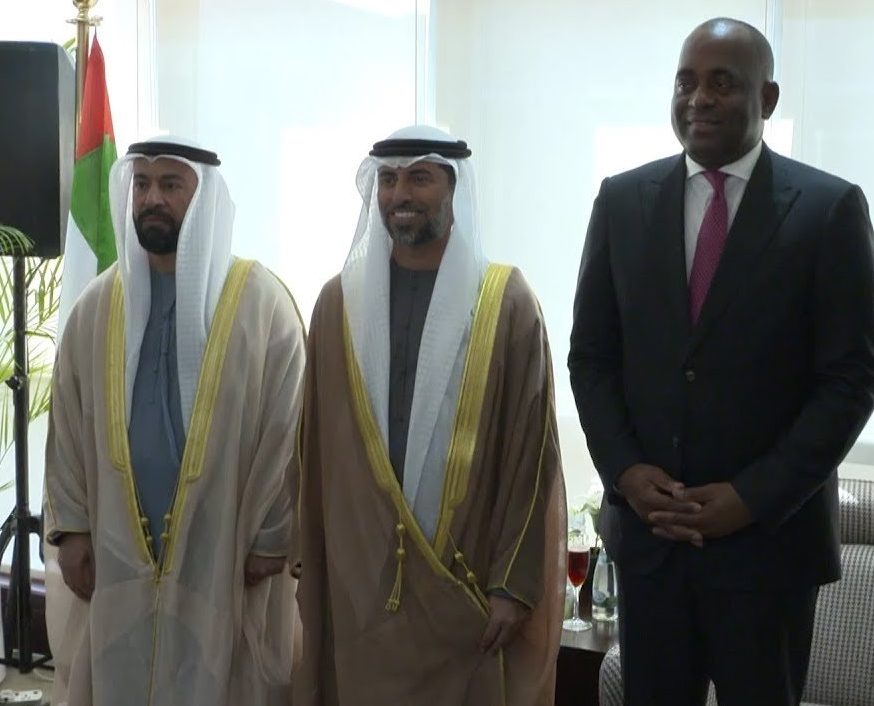 Dominica has established its first-ever embassy in Abu Dhabi, the capital of the United Arab Emirates. On 21st Jan 2020, the Prime Minister of Dominica, Dr. Roosevelt Skirret inaugurated the embassy and announced Dominica’s formal entry into the Middle East. Hubert J Charles is appointed the first ambassador who has previously held the position of the Dominican Ambassador to the USA and the Permanent Representative of Dominica in the Organization of American States.

PM Dr. Skirret talked about amplifying the diplomatic representation of Dominica in the Middle East and added that UAE has been instrumental in assisting the national development of the island nation contributing to the sustainable development of the region. PM also talked about the “dynamic population” of Dominica and UAE residents whom he dubbed as “the Dominican Diaspora here in the UAE”, contributing in retaining the dynamism of its service sector.

Dr. Skirret didn’t forget to mention the humungous contribution of the country’s Citizenship by Investment (CIB) Program which has enabled the nation in developing relations across the globe. According to the recently released reports, Dominica’s CBI has been instrumental in causing the GDP of Dominica to rise by a whopping 9% in 2019.

Dr. Aly Dakroury CEO of CTrustGlobal, who is the most reputable Government-authorized agent of Dominica Citizenship by Investment Program in the middle east, says ‘it’s a very positive step which will further accelerate the CBI Program of Dominica in will further improve the reputation of the program.’ He further added that a consulate extending CIB related services including assistance and due processing will boost the program and attract a good number of future citizens.

Dr. Aly notified that the attendees of the function were some of the known names from the ministry of United Arab Emirates, including Suhail bin Mohammed Faraj Faris Al Mazrouei, Minister of Energy and Industry; Saeed Abdullah Al Qamzi, Director of the Visits Affairs Department at the UAE Ministry of Foreign Affairs and International Cooperation and Hubert Charles, Dominica’s Ambassador to the UAE, embassy staff, and other members of the diplomatic corps.

Dr. Aly CEO of CTrustGlobal also informed that ‘Dominica will soon open its embassy in India, in the near future with prospects of building strong ties and tap future citizens from world’s largest democracy, which as per the company data, has a large number of emigrants responding to Dominica CIB’.