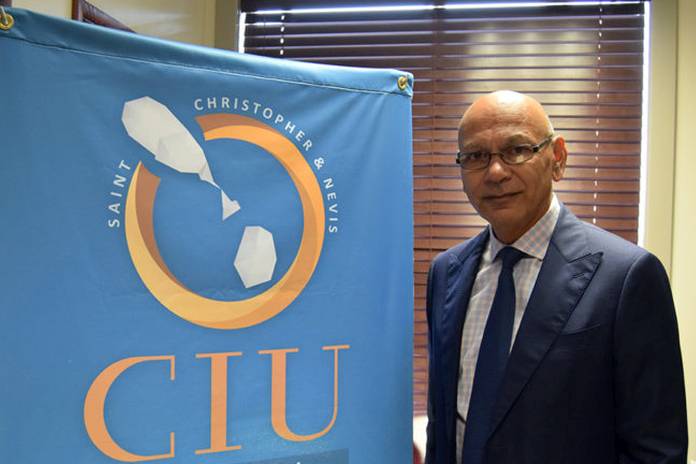 In a “notice” issued on Monday to international marketing agents (IMAs) and sub-agents entitled “Terms of Engagement”, described by some industry stakeholders as “weak” and “toothless”, Les Khan, the CEO of the St Kitts and Nevis Citizenship by Investment Unit (CIU), attempted to address widespread abuse and fraud in its economic citizenship programme.

In response to multiple examples of promotions appearing on social media by a number of foreign agents purporting to offer St Kitts and Nevis citizenship at substantial discounts on the official investment options, IMAs and sub-agents were told “to ensure that there are no advertisements on paper or social media that suggest government sanctioned discounts and pricing.”

However, instead of telling offending agents that they would be sanctioned, the CIU merely said that “Any contravention to the above could lead to an immediate suspension of application submissions” and “The infringing agent could be listed on the CIU website as being blacklisted.” [Emphasis added]

Furthermore, despite being provided with evidence that a letter from the CIU had apparently been tampered with and/or forged – something that surely constitutes a criminal offence – the CIU said, “Modification of any government issued letters may result in the actions noted above.” [Emphasis added]

In other words, forgery and fraud may result in meaningful sanctions but, on the other hand, it may not. The CIU did not elaborate as to the criteria to be used in deciding whether or not to impose sanctions for such criminal conduct.

Likewise, the CIU said, “Agents caught misleading the potential client, by proposing one option and providing documentation for another may be subject to the sanctions noted above.” [Emphasis added]

Again, misleading potential clients apparently may or may not in fact result in the sanctions mentioned.

According to industry sources, such ambiguous and feeble warnings are hardly likely to deter those who are apparently more than ready to commit criminal fraud and deception to achieve their commercial ends.

The CIU said in closing, “The government would take any action deemed necessary to protect the integrity of the programme,” but, when the opportunity presented itself to do so, this is something it has signally failed to do.

Meanwhile, local political and social activist Dwyer Astaphan raised the issue of citizenship by investment (CBI) fraud on his weekly radio programme last Tuesday and accused agents of turning St Kitts and Nevis into a “bargain basement” for citizenship buyers.

“Our citizenship cannot be sold at a discount, bargain basement price. Our law says nothing about discounted offers. All of this is an affront to public conscience – it is a blatant and brazen breach of the law,” he said.

“They are selling a thoroughbred horse for the price of a donkey,” the former national security minister said, referring to evidence he has seen that shows developers and agents are pocketing “kickbacks” from citizenship buyers, while bypassing the official government investment quotas that are required to build the country’s economy.

“The agents are encouraging people who have been approved under the Sustainable Growth Fund contribution option to switch to the real estate option but little or no money goes into the bricks and mortar. Most of the money goes to the developer and the agent and we as a country are left with nothing,” Astaphan added.

Well known local attorney, Charles Wilkin QC, also weighed in on the issue recently, noting that, once again, the CBI programme of St Kitts and Nevis is coming under worldwide negative scrutiny.

“This time it is not questionable diplomatic passports being dished out without accountability. It is not Iranian nationals being allowed to circumvent international sanctions. It is not about undesirables being whisked through the due diligence process. It is not about the half built eyesores at Frigate Bay and elsewhere on both islands. This time it is sales agents and their principals openly abusing the programme by advertising their investment products and selling them at prices lower than the permitted minimums,” he said.

Wilkin said that, although the government had earlier issued a strong statement condemning this practice, it should go further and thoroughly investigate the abuses.

“After due investigation, the government should withdraw the CBI designation and all fiscal incentives granted to any developer who is found to have abused the programme. We will see from the action it takes in the near future how serious the government is in addressing this problem and in maintaining the platinum brand which it claims for the CBI programme,” he said.

It would seem, however, from Monday’s notice that the CIU is somewhat ambivalent about addressing the problem seriously.